The Guardian features Beats In Space in “The month’s best mixes: cosmic connections and oceanic electronics”

Lauren Martin from The Guardian writes about Beats In Space Episode 1000:

"When Tim Sweeney moved from Maryland to study at New York University in 1999, he signed up to host on the campus radio station, WNYU 89.1 FM. A largely solo affair in the early days, Sweeney spent his Tuesday evenings as Beats in Space, mixing live and talking to callers. When he started working for James Murphy’s DFA label, his star began to shine, tapping into the mid-00s punk-dance scene and honing his affable, downbeat charm. When he graduated in 2003, the show continued – it’s now considered one of the longest running college radio shows in the US, and has featured hundreds of guest DJs. Last week, Beats in Space celebrated its 1,000th broadcast. For these two and a half hours, it’s Sweeney at the controls: playing some of his favourite records throughout the years, all punctuated by sweet messages left on the hotline by past guests."

SPACE IS THE PLACE: TIM SWEENEY TALKS 20 YEARS OF BEATS IN SPACE 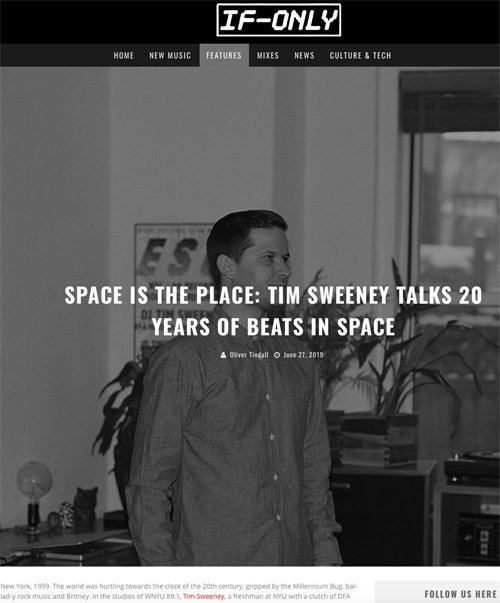 Sweeney talks 20 Years of Beats In Space with If-Only Magazine. 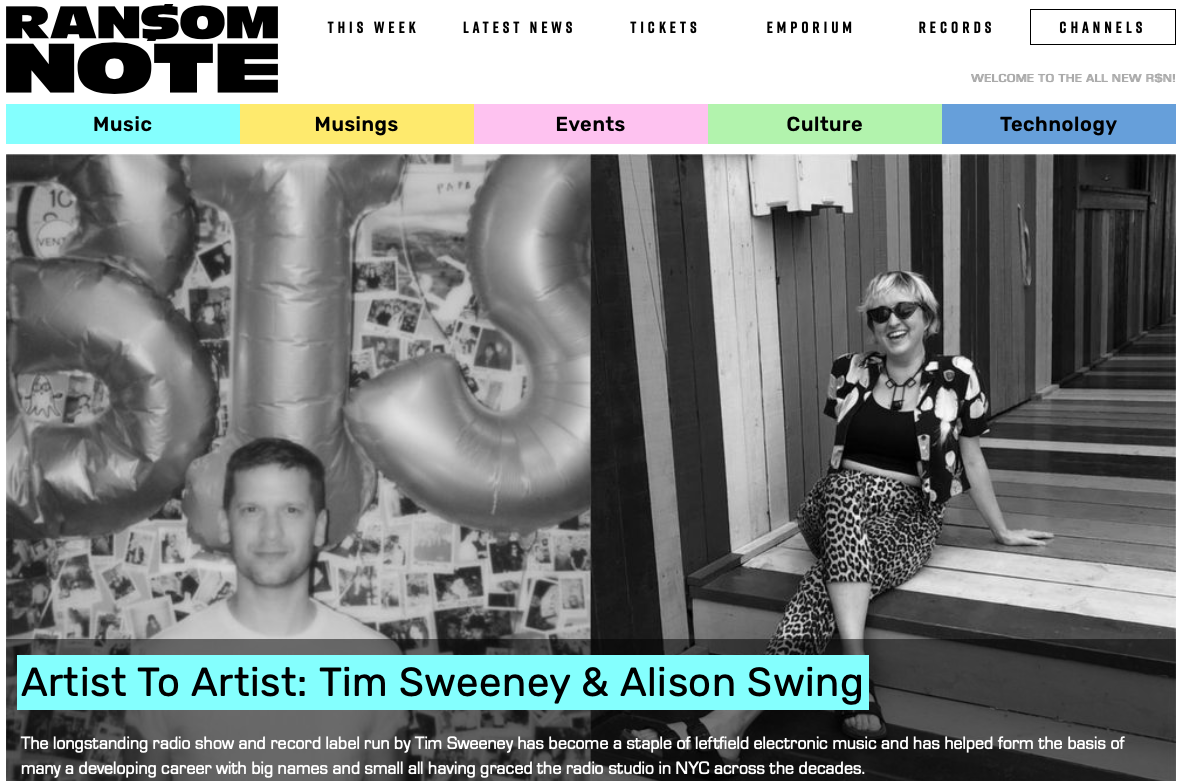 "This Exchange was recorded live earlier this month in Sydney before a 20 Years Of Beats In Space party. The city's own dance music radio veteran Lorna Clarkson lifts the lid on the influences and experiences that made Sweeney into the vital figure he is today."

Tim Sweeney and Beats In Space featured in The New York Times!

"Rewinding ‘Beats in Space,’ the Influential Radio Show. Tim Sweeney has been hosting the underground electronic music show for 20 years."

Listen to the new remix for Rollover DJ's "Mama Drop A Dime On Me"... Rollover Milano Records first 12" release!

Mixmag premiere the new 12" coming to Beats In Space Records from Johannes Klingebiel. Pick it up here

Anatolian Weapons feat. Seirios Savvaidis – To The Mother Of Gods

Anatolian Weapons, the newest project of Athens, Greece-based artist Aggelos Baltas, debuts on Beats In Space Records with To The Mother Of Gods, an album made in collaboration with folk musician and composer Seirios Savvaidis.

Baltas, who is perhaps best known for a handful of celebrated EBM 12”s as Dream Weapons and a particularly heady brand of krautrock as Fantastikoi Hxoi, conceived his Anatolian Weapons project as a way to bring together these two seemingly mismatched concepts, with the polyrhythmic percussion and wailing tones of Greek folk music serving as their unlikely bonding agent.

After hearing Savvaidis’ music through a friend, Baltas reached out to collaborate and the seeds of To The Mother Of Gods were sown. Savvidis contributed stems of ten songs, which Baltas deconstructs and rearranges with appreciation of the ancestry of their lineage and of the deceptively ancient eerie, droning qualities inherent in the style. Occasionally augmenting Savvaidis’ recordings with his own, Baltas treats these elements as if raw materials for an architectural process.

Watch the video for the first offering from the album, “Ofiodaimon,” edited by Phil Tortoroli, below:

Anatolian Weapons’ To The Mother Of Gods will be available from Beats In Space on June 14, 2019 in limited vinyl and unlimited digital forms. On behalf of Anatolian Weapons, a portion of the proceeds from this release will benefit The International Rescue Committee(IRC) as part of our Come! Mend! Initiative. 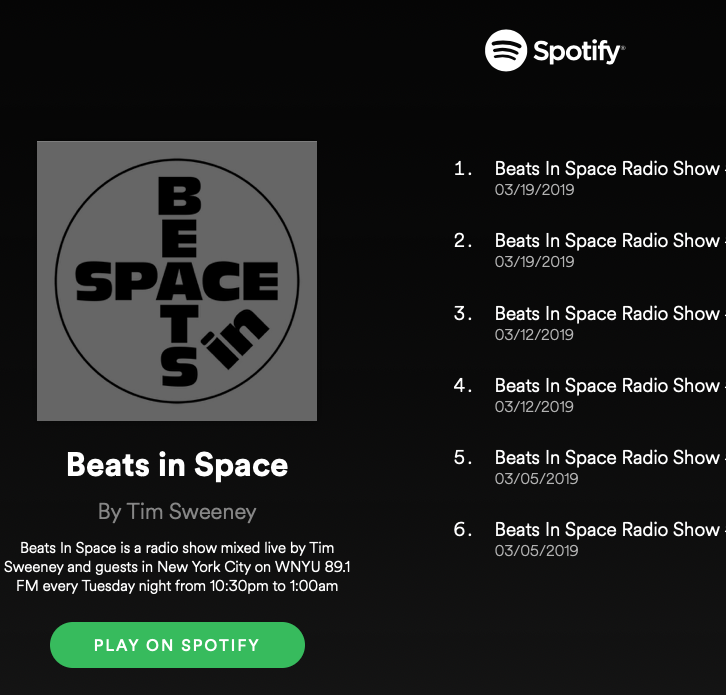 Just added BIS to Spotify Podcasts. You can subscribe to the show there. It's also up on iTunes Podcasts too.

Powder In Space on BIS!

We're launching a new mix series for the label and Powder is starting things off with a bang! More info here