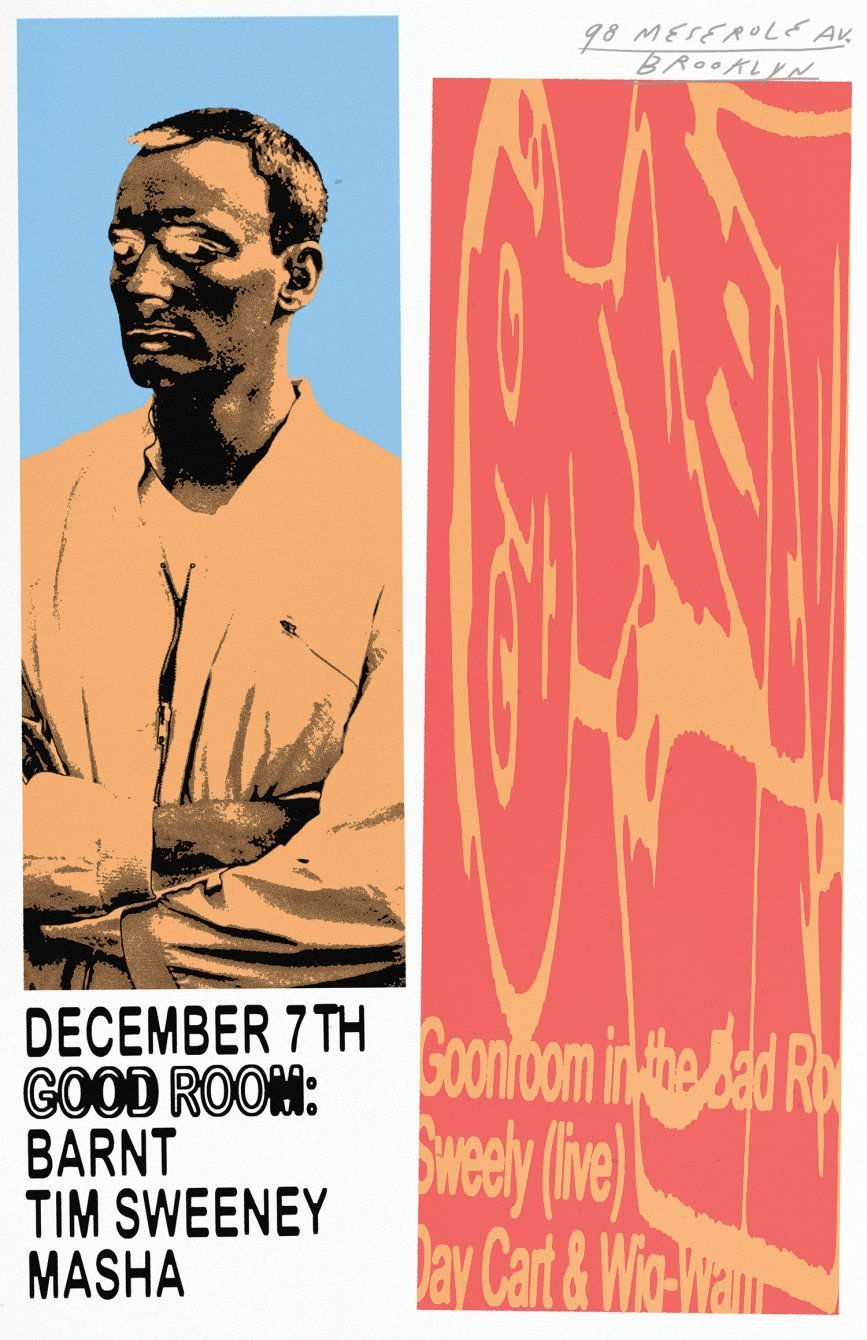 Good Room presents...
Barnt
Tim Sweeney
Masha
+
Goonroom with Sweely (live)
Day Cart & Wig-Wam
in the Bad Room
Barnt surfaced to a wider audience in the summer of 2010, when he founded the Cologne based label Magazine with Jens-Uwe Beyer and Crato. Drawing from the rich musical heritage of the Rhine area, they reintroduced the romantic and the celestial to the electronic music scene via club tracks. It hardly seemed possible to merge these ethereal feelings with the energy of dance music back then, but Barnt’s “What Is A Number, That A Man May Know It?” connected the apparent opposites so effortlessly that the 2010 track became a blueprint for a new generation of producers. What followed was a streak of club hits. While different in style, “Geffen” 2012, “Chappell” 2014 and “If She Says She Is A Healer, She Is A Healer” 2017 all had maximum impact in the club, due to Barnt’s unique approach that provokes strong reactions through striking simplicity. This clarity of ideas stems from his experience of playing forward thinking clubs and festivals in more than 40 countries over the last two decades. This year Barnt launched the label Schalen with Beyer and Crato. Barnt’s inaugural release “High Hopes And Local Fame” set the tone for what’s to come: Vigour and warmth within one world.

He returns to Good Room and will be joined by Beats in Space radio host, label and party founder and a Good Room favorite, Tim Sweeney. Plus LA's Dig Deeper resident DJ and co-founder Masha will be on warm up duties for the night. Goonroom takes over the Bad Room with special guest Sweely playing live. One of the most creative and eclectic French producers of the new generation, effortlessly navigating between house, minimal and electro. Sweely will be joined by Goonroom's resident DJs Day Cart and Wig-Wam