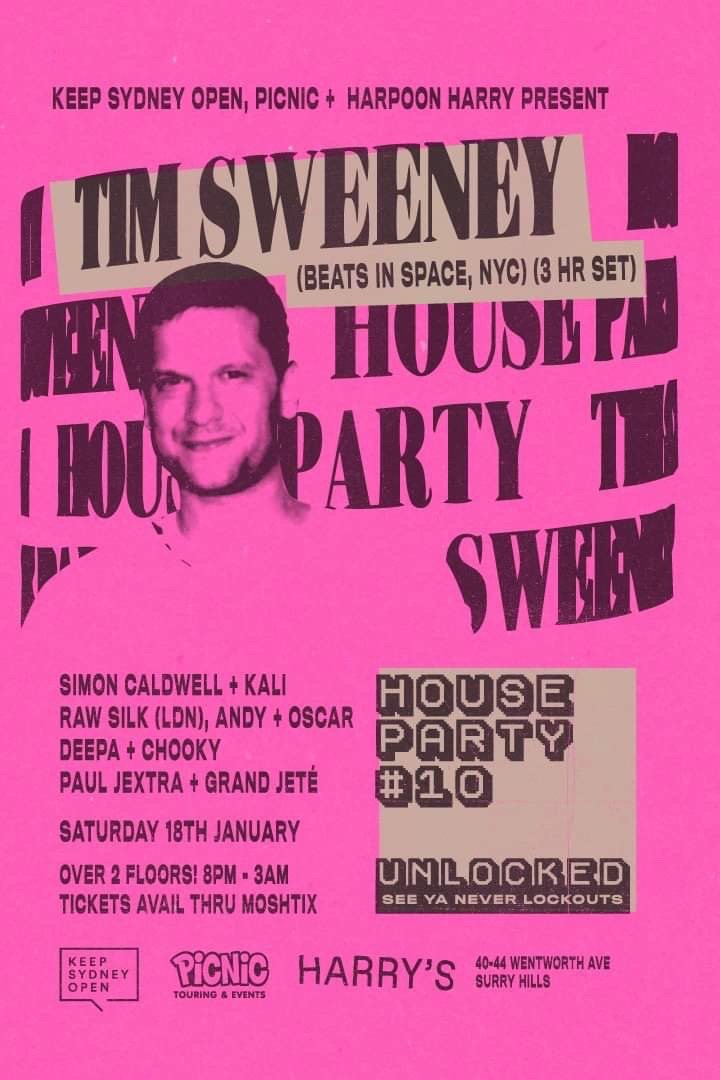 In the beginning stages of the Sydney lock outs Picnic’s Carly Roberts worked quite closely with Keep Sydney Open’s Tyson Koh to help mobilise our city to rally against the governments vendetta on our night time economy, often from the hub of Harpoon Harry where Picnic Social Sundays where held at the time.

Five years on, KSO can celebrate their biggest win yet as our city is about to be handed back the hours between 1.30am – 3am and they’re teaming up with Picnic and Harpoon Harry asking you to mobilise once again; this time to dance at our 10th House Party to celebrate this huge win for our city.

Picnic has enlisted the sought after dance instructing skills of New York’s most famous radio DJ – Beats In Space’s Tim Sweeney – and an absolute round up of Picnic’s regular DJs at Harpoon Harry; where’s their just celebrated three years booking the weekend music!